How cold were the late Paleozoic tropical latitudes? We have uncovered a growing body of evidence for upland glaciation in western equatorial Pangaea—specifically, within large paleo-highlands of the Ancestral Rocky Mountains (western Pangaea), and France (eastern Pangaea). This is some of the first evidence for Permo-Pennsylvanian glaciation outside of the southern polar region, and is highly controversial. The low-latitude setting poses a conundrum: were the mountains really that high, or was the global climate –at times– that cool? Moreover, part of our evidence is discovery of a modern landform of the Rocky Mountains, hypothesized to date from 300 My ago, and to have been carved glacially. The remarkable age of this landscape poses a tectonic paradox: how does one preserve a valley within (what was) an actively eroding uplift? In addition to standard field studies, we are undertaking drilling and geophysical studies to assess the paleo-landscape hypothesis. If equatorial Pangaea was glaciated to relatively low elevations (lower than those of the Quaternary), what climate forcing factor(s) drove this, and what can this teach us about Earth’s climate system? The late Paleozoic might seem “remote” in time, but it represents Earth’s penultimate icehouse on a fully vegetated planet, and our most recent example of icehouse collapse. 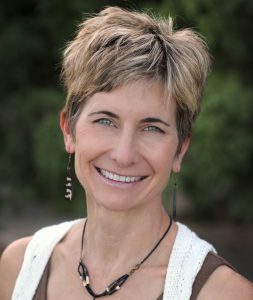